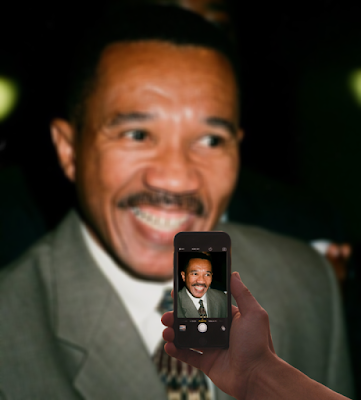 “Mommy, what happens when a car gets too old and banged up to run?” a little girl asked.

“Well,” her mother said, “someone sells it to your father.”

I think I have bought a couple of cars like that. Like most people, my life is punctuated by decisions that did not turn out the way I’d hoped. But we cannot always be expected to make the best decisions. Sometimes we simply don’t have enough information. And other times, there just isn’t a good decision anywhere to be found and we go with the lesser of several evils, hoping that we know a lesser evil when we see one. All we can really do is make decisions the best way we know how and act on them.

Before his rise to political fame, Maryland Congressman Kweisi Mfume walked a path of self-destruction. He dropped out of high school. A few years later, he robbed a pedestrian in order to join a street gang. Mfume spent the following years drinking and trouble-making with the gang.

When Mfume ran for Congress in 1986, his opponents tried to use his old mistakes against him. But his achievements since he left a troubled past behind captivated an electorate who voted him into office by an overwhelming 87 percent. He was on a collision course with total failure until he made an important decision.

That decision included getting an education and trying to improve the world rather than taking from it. And it was also a decision to make better decisions. He eventually became a representative to the US House of Representatives (twice), he headed up the National Associate of the Advancement of Colored People (NAACP) and served as the CEO of the National Medical Association.