Magic Keys to Living with Integrity 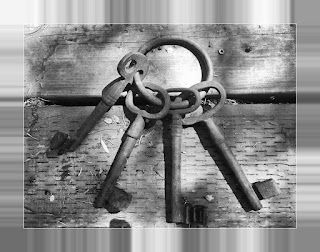 One educator used to say that no society can last long unless it has a quorum of “unpurchasable people.” These are people of principle who cannot be bought; people who have learned to say no. These so-called unpurchasable people are those rare souls we can absolutely trust. They are glue that holds society together.

Whitney Seymour, in the book Making A Difference, tells us of such an unpurchasable man. This man was a Union general in charge of the occupied territory surrounding New Orleans toward the end of the American Civil War. He was pressed by local plantation owners to permit them to haul their cotton to the wharves in order for it to be sold for shipment to England. The general controlled all the wagons and horses, and his orders from high command in Washington were clear. He was not to let the cotton crop get to market.

One day, however, two Southern ladies were ushered into the general’s office - a “grande dame” and a beautiful young companion. The older lady came right to the point. She said that the landowners needed the temporary use of transport facilities to move their cotton. The North did not wish to force England into the war, she argued, and was allowing some merchant ships to slip through the blockade. Therefore, the Union would not be opposed to the sale of cotton for English textile mills. To show her gratitude she handed over $250,000 in gold certificates. “And if you need other inducements, this young lady will supply them,” she added. They departed, leaving behind a distressed general holding the beautiful young woman’s address.

The general immediately dispatched this message to Washington: “TO THE PRESIDENT OF THE UNITED STATES: I have just been offered two hundred and fifty thousand dollars and the most beautiful woman I have ever seen to betray my trust. I am depositing the money with the Treasury of the United States, and request immediate relief from this command. They are getting close to my price.”

Many others may have fallen for the seductive offer. And though his decision was no doubt difficult to make, how much harder might his life have eventually become had he gone the other way?

And integrity is what it’s about, isn’t it?

A life of integrity usually begins with the magic keys of saying no to compromise, facing the truth and doing what is right, even when it is difficult.

Posted by Steve Goodier at 6:41 PM