A Hero for Our Time 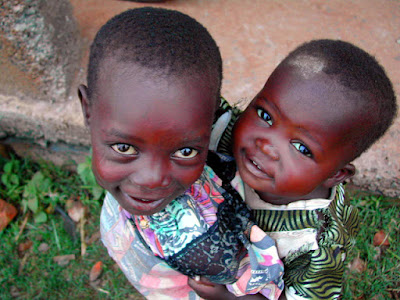 An American tourist in Tel Aviv was about to enter the impressive Mann Auditorium to take in a concert by the Israel Philharmonic. He was admiring the unique architecture, the sweeping lines of the entrance, and the modern decor throughout the building. Finally he turned to his escort and asked if the building was named for Thomas Mann, the world famous author.

"No," his friend said, "it's named for Fredric Mann, from Philadelphia."

"Really? I never heard of him. What did he write?" the tourist asked.

There are many kinds of heroes, and Fredric Mann may be considered a hero by concert goers in Tel Aviv. But I don't believe you have to be famous (or wealthy) to be heroic. Nor do you have to pull a child from a burning building or throw yourself atop a hand grenade. Heroes come in many varieties. In fact, you may have never imagined yourself much of a hero, but you could be wrong. I’m not talking about comic book super-heroes, but real people making a real difference.

And I don't believe that heroes should be confused with celebrities. Fame is fickle. Former American football coach and broadcaster Lou Holtz knew how fleeting fame can be. He once said, "I've been on the top and I've been on the bottom. At Arkansas my first year, we won the Orange Bowl. Then everybody loved me. They put me into the Arkansas Hall of Fame and issued a commemorative stamp in my honor. The next year we lost to Texas and they had to take away the stamp because people kept spitting on the wrong side of it."

Celebrities come and go, but heroes last. Some celebrities are far from heroes, and some heroes are far from famous. But well-known or not, all heroes have something in common. They make a difference.

To my way of thinking, Kenyan runner Kipchoge (Kip) Keino is a hero. Kip Keino won a gold medal in the 1,500 meters at the 1968 Olympics, in spite of suffering from a gallbladder infection. At later Olympics, he would add another gold and two silvers to his medal collection. Kenya later chose Kip to serve as the running coach for its Olympic teams from 1976 to 1986. Under his guidance, Kenyan runners continued to distinguish themselves in the world of sports.

But that is not why I consider him heroic. Yes, he was an outstanding athlete and one of the world's best in his field. And his accomplishments are enough for Kenyans, and the world, to celebrate him. But celebrities and heroes are not always the same. Kip Keino is a hero.

You see, for most of their lives together, Kip and his wife Phyllis have been running an orphanage out of their home. In addition to their own seven children, they have raised and nurtured hundreds of other youngsters who needed a loving home. Still, every child is treated like family. And on top of all of this, Kip Keino’s foundation has built a primary and secondary school in Eldoret, Kenya, to give kids the most important gift a young person can ever receive -- a chance.

Make no mistake. Kip Keino is not a millionaire. But I appreciate what he says about his work: "I think I have been lucky. Now what is important is how I use what I have to help others."

I know that what he says applies to me, too. What is important is how I use what I have to help others -- no matter how little or how much I think I have.

American celebrity Ben Stein put it similarly. He said, "I came to realize that a life lived to help others is the only one that matters."

I believe that is what it means to be a hero. Real heroes are not always famous. Real heroes may not be flashy. They may have never saved a life nor shown extraordinary bravery. But they ardently, even obsessively, live their lives to help others. And they make a difference.

Posted by Steve Goodier at 7:18 PM

Email ThisBlogThis!Share to TwitterShare to FacebookShare to Pinterest
Labels: help, heroes, others, service

"Thanks Steve for the message and spurring a memory that I treasure. For the 2002 Olympics I ran a study for both the Olympic committee and USA Hockey on puck handling skills so I spent a great deal of time at the E-center.

About the 3rd day of the games I stepped on the elevator to head down to the Canadian Locker Room to gather some info. In the elevator was a short, somewhat stout, man wearing an International Olympic Family Coat. He gave me this wonderfully warm smile and an accented "Good Day". Just on a whim I looked at his credentials and realized I was riding with one of the greatest Olympians of all time, Kip Keino.

I couldn't pass up the chance (and you know how shy I am) so I asked him how a distance runner happened to be at a hockey venue much less a winter Olympics. His smile covered his face as he replied in very proper english. As a member of the Kenyan Olympic Committee he was obliged to be at the Olympics but as I could imagine there wasn't a whole lot for him to do at a Winter venue so to pass the time a few Olympics ago he went to a hockey game and fell in love with the sport. From that time on he sat behind me and my stats takers at at least one game each day and discussed hockey with amazing knowledge of the game. My station was right in the midst of all the Olympic big wigs and I had some friendly and some not so friendly encounters with famous folks but none so memorable for their warmth as this little guy from from Kenya with the big smile.

...thanks for the memory flash.