What I Pray For 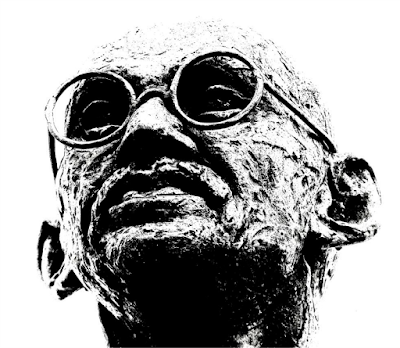 Many years ago I found a short story about Mahatma Gandhi that I have gone back to several times. It has given me hope and courage. Even if you are not one to pray, I think you will discover that it is useful.

We remember Gandhi as a leader in India’s struggle for independence. It is hardly an exaggeration to say that he brought the British Empire to its knees without firing a shot. He was a small man of great courage. His non-violent resistance was fraught with danger and the cause eventually claimed his life.

Gandhi once spoke about the source of his courage. He related a story about an incident that occurred in South Africa. There was a law directed expressly against Indians in South Africa that he had gone there to oppose. His ship was met by a hostile mob that had come with the announced intention of lynching him. Gandhi was advised to stay on board for his own physical safety. But he went ashore nevertheless.

When later asked why he made such a dangerous decision, he explained, “I was stoned and kicked and beaten a good deal; but I had not prayed for safety, but for the courage to face the mob, and that courage came and did not fail me.”

I believe he went after the right thing.

Like you, I know what it is to be afraid. I’m afraid of accidental injury, dismemberment or death. I’ve been afraid of a pending medical diagnosis. There must be a million different faces to the fears of life.

I’m tempted at these times to hope for, and pray for, a way to avoid the danger ahead. I want to be safe, secure and healthy. But none of us is always safe, secure or healthy. So, like Gandhi, I think the best prayer is for courage to face whatever life may bring. And I am convinced that the courage will come and not fail me.

Image by Roel Wijnants
Posted by Steve Goodier at 10:36 AM

The John Wayne quote: Courage is being scared to death but saddling up anyway. And my new fave: Courage is saying "I'll try again tomorrow."