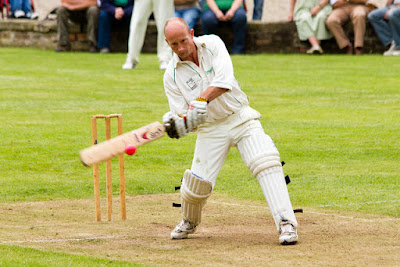 A man who fell off a skyscraper was heard to say as he passed the 12th floor, “So far, so good!” An optimist.


Actually, I believe in optimism. I believe that there is considerable power in an upbeat attitude, especially when it is grounded in reality.


The late Brian Johnston, a well-known British broadcaster, demonstrated the power of a hopeful outlook. He delighted millions of listeners with his radio programs. He was also a top-class cricket commentator and enthusiast for the game. He once said, “I am a great optimist. Every time I go to a cricket match, I think it is going to be the best game I have ever seen. Of course, it never is, but what pleasure it gives me in anticipation!”


And maybe that is the point. Is he simply playing silly mind games? I don’t think so. Imagine how much more we might enjoy a meal, a book, an outing, a concert, a holiday – if we think these just may be the best we have ever experienced. Maybe they won’t be. But anticipating something no less than wonderful can make all the difference.

By the self-same winds that blow,

'Tis the set of the sails

And not the gales,

That tells the way we go.

Set your mental sails to catch favorable winds. Whenever possible, try to look for - and expect - the best. You may discover that things turn out better again and again just because you’ve set higher expectations.  And even if you don’t realize the very best, what have you lost? You still get to enjoy the amazing pleasure of anticipation.

To know more about Chief Dr Lucky you can visit his website (https://chiefdrluckyherbaltherapy.wordpress.com/)

A friend that suffered from Herpes and was cure with the help of this great herbal doctor Chief Lucky so i decided to contact him for help in getting rid of my families genital herpes virus 1/2 which i did and all i was told to provide was just some useful information and some materials used in preparation of the natural cure and that i did and now i am the happiest person on earth because i am writing this testimony of mine with joy and happiness in my heart to the whole world to know that natural remedy is real because i am a living testimony of Chief Lucky traditional herbal cure and i want you all to contact Chief Lucky via his email: chiefdrlucky@gmail.com or WhatsApp him +2348132777335 am sure he will help you too.